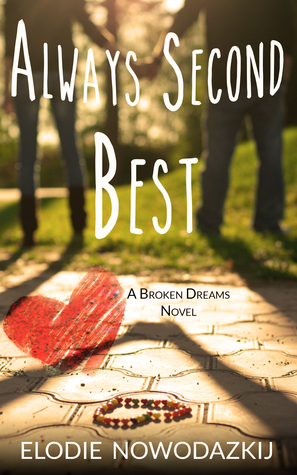 Sometimes being first isn’t what you expected.

Seventeen-year-old ballerina Emilia Moretti is tired of always being second best. And she’s going to prove the world she deserves to be first. In her upcoming School of the Performing Arts showcase. In the eyes of her birth parents. And in the heart of the guy she loves. She spends hours rehearsing, hours dreaming about becoming number one, hours imagining how her entire life is about to change. But when nothing goes the way she planned, she’ll need to realize what it really means to be first.

Eighteen-year-old Nick Grawski doesn’t want to follow Daddy Dearest’s rules any longer. He’s going to prove he’s meant to be a dancer—not a lawyer—and he is not going to stay away from Em just because his father demands it. He needs to show Em that—this time around—he’s there to stay and that he won’t break her heart again. Even when her world goes down to shit, even when he finds out his dad may have been trying to protect him all along, even if being there for one another is harder than falling in love.

Always Second Best is a novel of hope and heartbreak and broken dreams. It’s a novel about falling in love and discovering that being first isn’t always what matters.

I read A Summer Like no Other a couple of months ago and because of that as soon as I saw this book available for request on NetGalley I knew I needed to read it especially after the way that A Summer Like no Other ended. I wasn’t disappointed with this book. I loved the characters and seeing their development through the book. One thing I especially loved was that once Em and Nick were together there were no problems in their relationship that we are used to see in YA novels. I really liked that Em and Nick were always there for each other when they needed and how important they were for each other. As I said before this book isn’t only about their relationship, it also deals with things in Em’s life, especially the circumstances of her birth and adoption and while I wasn’t that surprised with what happened (I had a suspicion since I read A Summer Like no Other) there were a few things that I wasn’t expecting and that really surprised me. Another great thing in this book is that we see Em and Nick having doubts about what they want to do in the future and if they still have the passion needed to dance and that is also something that I’m not used to have in YA books. This book had great characters and I would love to keep reading about some of them (okay I need a book about Roberto and Giovanni and other one about Jen). It was amazing how I liked almost every character from this book because this usually doesn’t happens 🙂 .
Overall this was a great book and it was a fast read. If you want to read a cute contemporary book you should give this one a try because you won’t be disappointed.