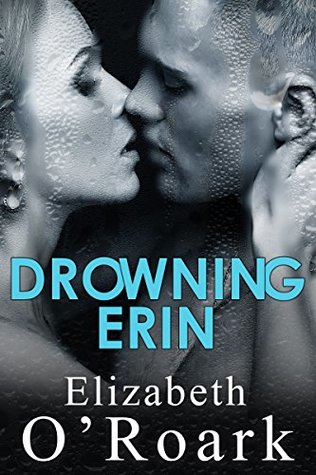 Erin Doyle can’t stand manwhores, and she particularly can’t stand Brendan Langstrom—the guy who avoids relationships like the plague and never sleeps with the same girl twice. She and Brendan have waged a war of mutual disdain for years, but when Brendan picks up the pieces after her world unravels, they’ll be forced to admit that beneath their dislike is something else entirely—something they’re not supposed to feel.

Last year I read Waking Olivia and it was one of my favorite books of 2016. Obviously, when I saw Elizabeth O’Roark was releasing a new book I got really excited, especially when I realized the book was about Olivia’s best friend, Erin, and Will’s brother, Brendan. To be honest, I didn’t like it as much as Waking Olivia but I still enjoyed. However, I did have a few problems with it.

Let’s start by talking about what I liked in this book. First of all, I loved that this has some of my favorite tropes. We don’t only have the enemies turned to lovers trope but we also have some sort of second chance romance. I love both of these and they were so well done in Drowning Erin. I also love the character development in this book, especially in Erin. I’m going to be honest here, I didn’t like Erin at all. I hated that she would put her happiness aside just so she could have “a good life”. In my opinion she needed to seriously learn how to say “no” to situations that would make her unhappy (that includes stupid wedding proposals coming from a**holes who didn’t give a damn about her. She did end up growing a lot through the book and realizing she needed to be happy for herself and not anyone else. However, my favorite thing in this book was the writing and the structure of this book. First o all, it was a super fast read and it worked for me but what I rally liked was how Elizabeth O’Roark told this story. This book is told in a dual POV. Erin’s POV is told only in the present but Brendan’s is mostly told in the past. I loved that  and it really helped to understand  how everything happened and why they ended in the place they were.

You can see I enjoyed quite a bit of this book but there some things that got to my nerves. As I said before, I didn’t like Erin. She frustrated me a ton and sometimes I just wanted to punch her in the face. Yes, we all need security in our lives but you’re not going to marry some a** who barely cares about you and wants you to change everything about you just so you can get that security. And this is me not wanting to talk about Rob because I hated him. I still can’t understand how Erin dated him for such a long time. Another problem I had with this book was the miscommunication. Everything  would have been so much easier if Erin and Brendan talked about how they felt… especially Brendan. I know he had some issues and wasn’t that lucky with his past relationships but damn… why did had to try to hide his feelings for Erin in the most hurtful ways???

Overall, this was still an enjoyable book. I did have a few problems with and there were a few things I would change if I could but it was still a beautiful written book. I do know this is one of those reads that is not for everyone but if you feel you’re going to love it you should definitely read it.