Hi guys! It’s time for a few more book recommendations. A couple of months ago I recommend a few of my Favorite New Adult books (here) but because I’ve been reading so many amazing new adult books in the past couple of months I decided to recommend you a few more. I’ve been reading a lot of new adult, mostly because most of the ARC’s I read are in this genre, and I love to read new adult so I need to recommend a few more books that might not be that well-known.  So let’s see which books made to this list 🙂 . END_OF_DOCUMENT_TOKEN_TO_BE_REPLACED 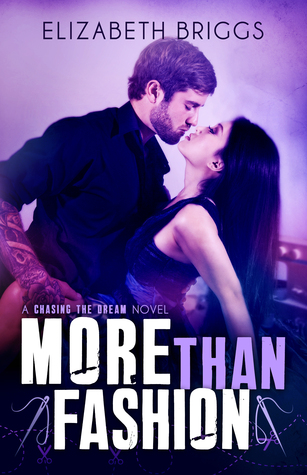 They’re enemies who will do anything to win…including each other.

When pre-med student Julie Hong wins a spot on a fashion design reality TV show, she celebrates by picking up a hot English guy in a hotel bar. But too many drinks leads to a night of embarrassment and a major hangover, and wow is she glad she’ll never see him again.

Until the show starts, and he’s on it too.

Julie quickly realizes she’s out of her league among the other designers, and Gavin Bennett, with his cocky grin and sexy accent, is her biggest competition. Julie can’t decide if she wants to kiss him or kill him. Or both.

After she’s almost kicked off, Julie convinces Gavin to pretend they’re sleeping together for the camera. The ploy works, but as they get closer to the show’s finale their fake relationship starts to become too real. But only one of them can win the show—and they might both end up heartbroken.