Today is thursday which means that is Book Traveling Thursdays, a weekly meme created by me and Danielle @ Danielle’s Book Blog. This weekly meme consists in picking a book related to the weekly theme that is announced in the group Goodreads page (if you want to join click here) at the beginning of each month. After that you can write a blog post where you explain why you choose that book and choose different covers from different countries. To make it a little bit easy you are going to choose different editions of the original cover, the cover from your country, your favorite cover, and your least favorite cover.
END_OF_DOCUMENT_TOKEN_TO_BE_REPLACED 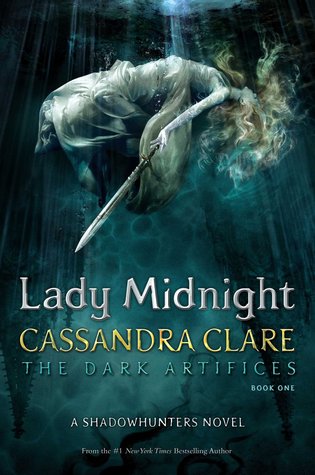 Hi guys! It’s the end of another month which means that it’s time to see which books are going to be released in March. With March comes one of my anticipated releases of 2016 which you might know because I haven’t been shy about how much I want Lady Midnight on my hands. So here are some of the books that are going to be released in the next month. Once again, if you want more information about the book click on its cover. It will take to the Goodreads page. END_OF_DOCUMENT_TOKEN_TO_BE_REPLACED

Hi guys! With 2015 coming to an end I think it’s a good idea to talk about my Anticipating Book Releases of 2016. Everyone knows that with the new year we will have new books coming and books that we’ve been waiting for quite some time (I’m looking at you Lady Midnight :P) and I’ve seen a lot of people doing this so here’s the books I’m anticipating for 2016. END_OF_DOCUMENT_TOKEN_TO_BE_REPLACED

It’s that time of the week again when I bring you the Top 5 Wednesdays, created by gingerreadslainey. If you want to know how T5W works you can go to the Goodreads group by clicking here. This week theme is Series You Want to Start Next Year. Let’s see some of the series I really want to start in 2016 🙂 . END_OF_DOCUMENT_TOKEN_TO_BE_REPLACED

If you follow the Shadowhunters news you might know the last couple of days has been filled with surprises.  As a fan of everything Shadowhunters I look like a kid in a candy shop. every time something is released I excited and I know that I shouldn’t because after the movie I have the need to keep my expectations as low as possible. Yesterday morning the first sneak peak was released on the Shadowhunters Snapchat account. I watched it as soon as I saw the tweet about it and it was so cool. It’s extremely different from what I was expecting and from movie (that’s a good thing) but it was cool. I loved how all the main characters had the opportunity to «shine». If you haven’t watched it yet here’s the teaser:

Can we just talk about Matthew Daddario (Alec) please? At first I thought that I wasn’t going to like him but with this teaser I think I changed my mind 😛 .

I did enjoy the teaser but I needed to see the actors in action because with the exception of Harry Shum Jr. (Magnus Bane) I never saw any of the actors work. Okay, I saw the Old Spice commercial with Isaiah Mustafa (Luke) and the Taylor Swift Style music video for with Dominic Sherwood (Jace) but that’s irrelevant. Today the first real promo with actual scenes from the show was released on Buzzfeed and here it is:

I still haven’t watched with that much attention but it looks different from the books which I was already expecting. This was all the new things that were revealed the last couple of days for the TV show but I think we are going to have the premiere date until the end of the day because they are going to reveal it in today’s panel at NYCC.

Talking about NYCC, Cassandra Clare also had a panel where she told that Lady Midnight has 600 pages of amazingness. Not only that but she also revealed the cover for Lady Midnight with the help of Harry Shum Jr. and it is:

It is different. Because of all the cover changes that happened in the last few weeks for The Mortal Instruments and The Infernal Devices I didn’t know what to expect. I do like the cover and it’s beautiful but it’s so different from the past covers.

The book is going to be released in March 8 and it’s already one of most anticipated releases of 2016.

Are you a Shadowhunters universe fan? What do you think about all of these new releases?