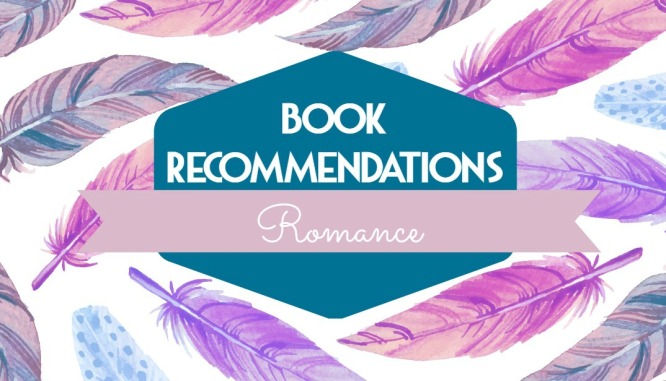 Hi guys! It’s time for a few more book recommendations. Today I decided to recommend you a few of my Favorite Romance books because Valentine’s Day is in less than a week. This recommendations post will be a little bit different from the others because it will be split in categories. So let’s see which books made to this list 🙂 . END_OF_DOCUMENT_TOKEN_TO_BE_REPLACED 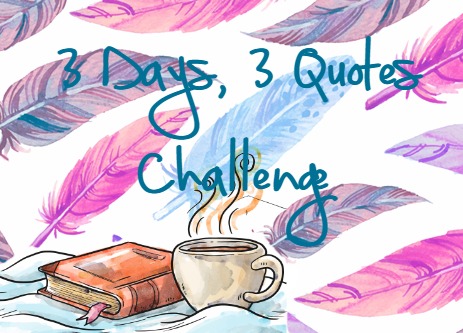 Hi guys! It’s time for the last day of the 3 Days, 3 Quotes Challenge. Once again I would like to thank Giovanna @ Bookcoma Blog and Melanie @ Melanie Noell Bernard  for tagging me 🙂 . If you want to see the post for Day 1 and Day 2 you can check it out here and here. END_OF_DOCUMENT_TOKEN_TO_BE_REPLACED 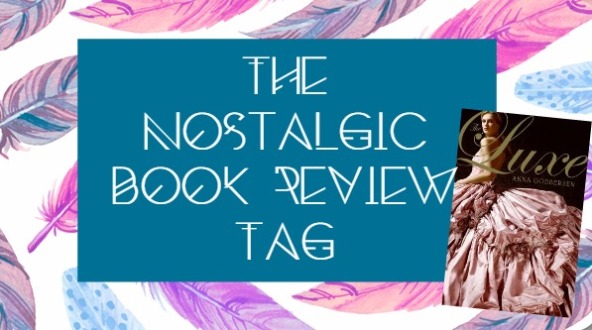 Hi guys! Today I’m bringing you The Nostalgic Book Review Tag. I’ve been seeing this tag around for a few months but I never did it until now for some reason.However, I was tagged by the lovely Michelle @ A HalfBlood Fangirl and since I was interested in it I’m doing it now 🙂 . Thank you so much Michelle for the tag.

The Nostalgic Book Review is a tag where you review a book you read at least three years ago entirely from memory. The review will be broken down into a summary where you summarise the book from memory, your thoughts on the book and an epilogue where you look up the book’s summary and compare them to what you remembered.

END_OF_DOCUMENT_TOKEN_TO_BE_REPLACED

Today is thursday which means that is Book Traveling Thursdays, a weekly meme created by me and Danielle @ Danielle’s Book Blog. This weekly meme consists in picking a book related to the weekly theme that is announced in the group Goodreads page (if you want to join click here) at the beginning of each month. After that you can write a blog post where you explain why you choose that book and choose different covers from different countries. To make it a little bit easy you are going to choose different editions of the original cover, the cover from your country, your favorite cover, and your least favorite cover. This week theme is A Book that got Made into a Movie you Actually Enjoyed. A couple of weeks ago I wrote a blog post about my Favorite Book to Movie Adaptations (you can see it here). From that post you can see that there are a few adaptations that I enjoyed so I ended up choosing a book from that list. I ended up choosing The Book Thief by Markus Zusak. If you haven’t read the book and watched the movie I absolutely recommend you to do it because they are both amazing and beautiful So let’s start this list.

This cover is not one of my favorite covers but I actually like it. It’s different and I like the colors that are used.

Covers from my Country (Portugal):

These are the portuguese covers and I actually have both because my book as the first cover but it also has the movie tie-in. I love the first cover. First I like that it is monochromatic but I also like that it has Liesel and Death represent holding hands. I just think that is a great cover. The other one I don’t like that much because I normally don’t like movie tie-ins but this is one is not that bad because I liked the girl who was chosen to be Liesel.

The first cover, from Australia, is just beautiful. I love how Death is on the cover and I especially like the blood stains. For me this is one cover that was extremely well done. The second cover, from Brazil, is also beautiful and I like that it only has a little bit of color. The last one I already explain why I like this cover before. 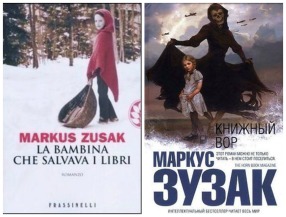 Let’s start with the italian cover. I don’t like when they use people in covers and because of that I don’t like this one. The russian cover is just creepy. It’s weird and Death is scary in this one. I also don’t like Liesel pose in this cover. It’s awkward.

So this is it, this week Book Traveling Thursdays. What did you think of these covers? Tell me in the comments 🙂 .

After serving out a year of hard labor in the salt mines of Endovier for her crimes, 18-year-old assassin Celaena Sardothien is dragged before the Crown Prince. Prince Dorian offers her freedom on one condition: she must act as his champion in a competition to find a new royal assassin. Her opponents are men-thieves and assassins and warriors from across the empire, each sponsored by a member of the king’s council. If she beats her opponents in a series of eliminations, she’ll serve the kingdom for three years and then be granted her freedom.

Celaena finds her training sessions with the captain of the guard, Westfall, challenging and exhilarating. But she’s bored stiff by court life. Things get a little more interesting when the prince starts to show interest in her… but it’s the gruff Captain Westfall who seems to understand her best.

Then one of the other contestants turns up dead… quickly followed by another.

Can Celaena figure out who the killer is before she becomes a victim? As the young assassin investigates, her search leads her to discover a greater destiny than she could possibly have imagined.

I know that this book has a lot of hype around it. Because of that I decided to wait to read it until I was in the right mood. That happened last week. Now I think to myself, what the hell did I had in my head to not start it sooner. This book was amazing. I loved everything in it, the characters, the plot, EVERYTHING. First of all, I normally don’t like assassins, like everyone I think, but Celaena was such a strong character and such a badass that was impossible not to like her. Then we have the guys, Dorian and Chaol, and I also loved them but for now I’m team Chaol, I don’t care. However this can change when I read the next books. It wouldn’t be the first time that it would happen. Regarding the plot, I wasn’t expecting that Sarah J. Maas inserted that magical element in the book. The only thing I knew about this b was that it was about an assassin competing to be the King’s Champion but I was happily surprised and really liked that magic played such a big part in the book.

So yeah, I loved this book and I’m excited to read the remaining books. And if you like young-adult fantasy books please go read Throne of Glass, if you hadn’t already. Don’t wait as long as I did.