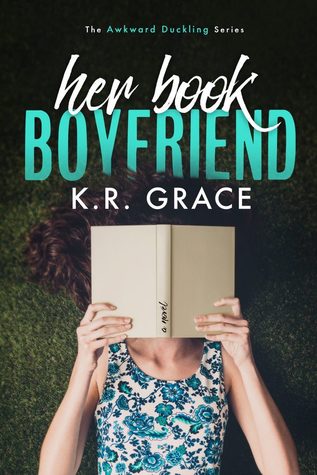 She believes the secret to love is in the tropes of her favorite romance novels. He’s the best friend prepared to prove her wrong.

Then comes the bet.

If she can’t land a boyfriend for prom by recreating the ten popular tropes in her favorite romance author’s books, she has to go to the prom with her.

They’ve been close their entire lives. He’s the rock god and school legend, while she’s the brainy sidekick who does all his dirty breakups. Thus, finding a guy who doesn’t think they’re already an item is going to be a lot harder than she thinks.

Will she land the book boyfriend of her dreams? Or will she be forced to go to prom with her best friend.

The truth is in the pages.

When I first read the blurb for this book it looked it could be such a light and funny read that it made me want to read it even if I haven’t been that much into young adult recently. Right now I kind of regret requesting this book because I ended up not liking it at all… actually, I spent most of my time rolling my eyes with how ridiculous some things were.

Here’s the thing, I didn’t like the main character, Macey, at all. In the beginning I thought she could be one of those relatable characters but, to be honest, she ended up being so immature and not that smart… even if anyone said she was smart. Macey is a book lover, and I loved that about her, but let’s be honest… does anyone really believes that relationships in books are realistic?? Because they aren’t but she still decided to prove she could find the perfect boyfriend by using book tropes (and the worst ones… arranged marriage, really?? WTF was in her mind?).

It was obvious from the beginning that she would “fail” (even if she got a boyfriend in the end -_-‘) but the worst thing in her plan is that she didn’t even try to know the guys she was trying to date. One day she could be looking at one guy and the next day, after one of her ideas failed, she would get her eyes in another guy she barely knew. But hear me out… in the end every guy that she tried to date (and didn’t show any interest in her) asks her for prom… in one single day she has 5 or 6 promposals. Why?? I have no idea. It was so stupid.

Also, don’t even make me talk about the time she tried to date a girl just because she couldn’t get a date with a guy.  She basically tells her lesbian friend that if she can’t get he book boyfriend she’ll try to find a book girlfriend even if there are no signs she’s interested in girls (because she isn’t). That was beyond ridiculous and really offensive.

However, it was not as offensive as when she outed a guy for no reason at all. I just think this book had a lot of problems especially in terms how girls were treated because there was also a lot of slut-shaming and I hated it. I also think that Macey was a hypocrite because she slut-shamed every girl who “dated” her best-friend, Cam, but she was always breaking up with those girls in his place. And let me tell you that he dates a lot of girls and had some really intense make out scenes in public places. Do you know who Macey always talked trash about?? The girls… obviously -_-‘.

To be honest, the only thing I really liked about this book was the relationship between Macey and Cam. I loved how much they supported each other but I hated how Macey treated Cam when he told her something she was expecting to hear. I think she was a little brat for stop talking with him and blame him for everything. Ohhh, and hear me out… when that happens Macey tells her mom she tried to talk to Cam but it didn’t work out because in her mind running away and ignore her best-friend for days is trying to talk about what happened.

Overall, I really had a lot of problems with this book. It was a fast read and it flew easily but I can’t give it a high rating because I didn’t like the story at all. I think this book was ridiculous and Macey was even more ridiculous. I also didn’t like all the slut-shaming and how offensive it could be sometimes. Because of that I can’t recommend this. I did see a few good reviews so if you think you might like this sort of books go at your own risk.