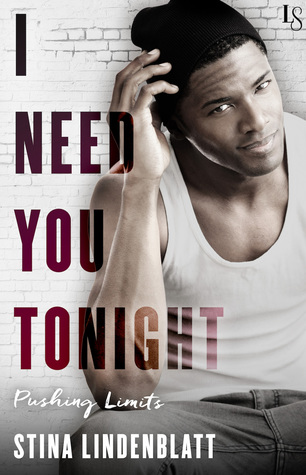 Old habits die hard. But in this sexy, heartwarming romance, a musician who’s addicted to the temptations of the road falls for a good girl who makes him want to clean up his act.

Mason Dell’s band, Pushing Limits, is a sensation, and he’s having a blast on their biggest tour yet. Then he gets a call from his best friend, who’s in the Navy, asking him to find out why his sister isn’t answering her phone. The dude once saved Mason’s life from a suicide attempt related to a gambling problem—so the two-and-a-half hour drive from L.A. to her small town is nothing.

What he finds is a sweet, successful boutique owner who’s too busy to notice when her phone dies. Nicole McCormick has nothing better to do than work. She’s bored of all the men she’s been dating: stable, career-oriented guys who are nothing like her destructive father. Mason’s is a breath of fresh bad-boy air. Their sexual connection is explosive, and with her shop undergoing renovations, Nicole even joins Pushing Limits on the road. But when Mason falls off the wagon, that’s one path she swore she’d never go down again.

While Nicole picks up her broken heart and heads home, Mason misses her like crazy. Although he wants to forge a future with her, he just doesn’t know how to leave the past behind. But for love, it’s time to learn.

This was not my first book by Stina Lindenblatt so I was excited to read it since I had already liked the previous ones I read. While this one was different I still liked it quite a lot… even if it took me a bit to get into the story.

I really liked the characters in this book. First we have Nicole. She was just a great girl. She was one of those girls who really knew what she wanted in her life (even if sometimes I didn’t agree with her) and she fought to have what she wanted. I really liked her even if sometimes I thought she worked way too much. Mason was such a great guy too. He didn’t have an easy past and did a lot of shitty things when he was younger but he tried to get better and he fought for that too. I still loved how down to earth he was. They were also so good together. I loved how when they first met again they spent some time talking. Their relationship might have started a little bit to fast but it didn’t feel wrong since they talked a lot about their lives and dreams and they really supported each other. It also helps that they had an amazing chemistry together and were super cute sometimes. I also really loved all the supporting characters and how supportive they were of Mason and Nicole. I especially loved how much the Pushing the Limits guys help Mason when he went through some rough things in his life.

While I did liked this book a lot I still had a few problems with it. First of all, it took me a long time to get into this book for some reason. I don’t know why it was taking me so long to read it and to connect with it but it got so much better. I also wished the author had dealt with a few things differently. For starters, I would have liked it more if Mason had told Nicole about his past gambling problems, especially knowing about her past. I also would have liked that some things at the end had been handled differently mainly because the guys from the band should have been more aware of Mason’s problems seeing that they knew about what had happened to him. I also hated the way Mason’s family treated him. I know he made some big mistakes but there are some things you don’t and say to your son/brother.

Overall, this was enjoyable book. Once again, Stina Lindenblatt didn’t disappoint and I’m getting more and more excited about her books. If you’re in need of some romance with well developed characters and that talks about some difficult issues you should give this one a try.