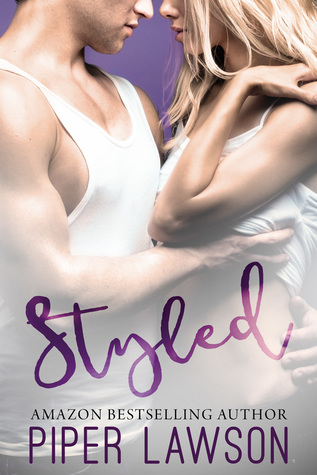 I have a type. Tall. Blond. Sarcastic. Awkward as hell.

That’s right, my type is me. Because I’m better off spending my time alone than with a guy.

Which doesn’t matter since this month, I’m on an open-ended ticket to LA to find a new boutique for TRAVESTY. Not to find a rebound for the breakup that blew my mind. I’m ready to forget all about dicks.

Too bad Ethan Cameron sinks that dream before I get on the plane.

The SoCal realtor might be my business partner’s older brother, but he’s the wrong guy to help us out. Ethan’s arrogant and self-centred, with a dentist’s wet dream smile and pecs that might have their own hashtag. More girls pass through the backseat of his car than through the doors of our SoHo boutique.

He’s also wrong for me. And the more he thinks he knows me, the more I need to prove he doesn’t.

But I can’t ignore the fact that I need Ethan’s help finding a boutique to put TRAVESTY on the map. And no one knows LA style like Ethan.

I survived private school. Growing up with one parent. Dating a gay guy. I can survive one month with Ethan Cameron.

Last year I read a few of Piper Lawson’s books last year so I was really excited to read this one especially because it already included some known characters. Well, while I still enjoyed this book it was still my least favorite Piper Lawson book and mainly because of the characters.

First of all, let’s talk about Jordan. Having read Stripped before I already knew Jordan but there was not a lot I really knew about her because she was quite closed off. I really liked that in this book we get to know her better and get to know why she is like that. I really liked Jordan but I think there was something missing about her you know. I wanted to know more about her and to see her and her dad talking about what happened in the past. I also wanted to see her talking and interacting more with Lex and Ava because at some points friendship could have been super important. However, I still liked her but while I already knew Jordan from the previous book I was introduced to Ethan in Styled and he didn’t make a great first impression. It took a really long time for Ethan to grow on me. To be honest, it didn’t completely happen. I can’t explain what happened but I think it would have been better if we had seen him talking more about his past and if we learned more about him. Just like Cristina said in her review,  there was something missing there and he wasn’t completely fleshed out. I did like them together and they had an amazing chemistry. I also love slow burn romances so that was a win for me… it would have been better if a certain thing wasn’t included in the book… a certain thing that ended up not being useful to anything. I did enjoy the story itself even if I figured out the main conflict pretty much in the beginning but once again, I would have loved to see more of the other characters.

Overall, this was an enjoyable book. While it still has some room for improvement I still think that if you like slow burn romances you should definitely give this one a try. I’m still super excited to see what Piper Lawson will release next :D.