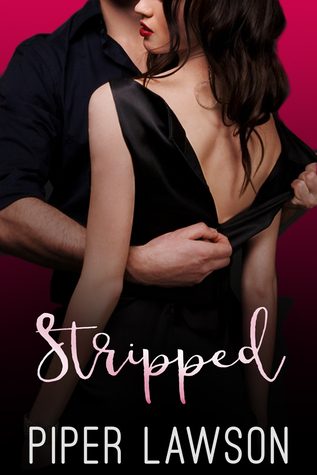 “I’ve been in New York four weeks. I’m behind on the spring line, days from homeless, and getting sued by the only person in the whole damn city who’s seen me naked.”

Ava Cameron has stars in her eyes. When the feisty designer moves to NYC after graduation with her best friend, things are finally clicking into place.

But now their brand new label, Travesty, is under attack.

The man leading the charge is the hottest hookup Ava ever had. One she never wanted to see again…

Nate Townsend might be from the right schools, the right neighborhood and the right family. But under the surface, his scars run deep.

When the society prince and the loud designer come face to face on a case that could decide Ava’s future, sparks fly.

Nate’s not about to let Ava forget she’s the only person who knows his secrets. And Ava’s walking the line between getting Travesty back on track and being dragged into the gutter by one stubborn young lawyer planning to take her down.

This is my third Piper Lawson book and I had to request it when I saw it on NetGalley because I was sure I would like it a lot. Well, Piper Lawson didn’t disappoint and this is getting to a point where I’ll want to read anything she writes because so far I loved the books I’ve read.

This book started a little bit slow for me. In the beginning I wasn’t that into it and I wasn’t liking Ava that much but it got so much better. As I said I didn’t like Ava that much in the beginning. However, she’s one of those characters that grows on you. I loved how strong she was and how she knew what she wanted from her life. That’s something that doesn’t happen often when you get out of college but it was great to see a character who knew what she wanted and also someone who made a name of herself without needing a guy to help. I also really liked how much she helped Nate when he needed even when they barely knew each other. It just showed how much she cares about other people. Nate was just a little cinnamon roll I wanted to protect. At the beginning he might look like someone who has his life pretty much controlled but he’s not like that at all. I really enjoyed to see his vulnerable side. Also, these two were HOT together. The chemistry was amazing and I could read a few more chapters of these two together. Let’s be honest, the kind of forbidden romances are always the best.

Once again, I really liked Piper’s writing style and how the story flew so easily. I also loved how she included some funny bits. Let’s just say this won’t be my last Piper Lawson book for sure… especially because I want to read book 1, Schooled, soon.

Overall, this was a really great book. It didn’t start that great for me but ended up being a really good story. If you love new adult you should definitely give this one a try.