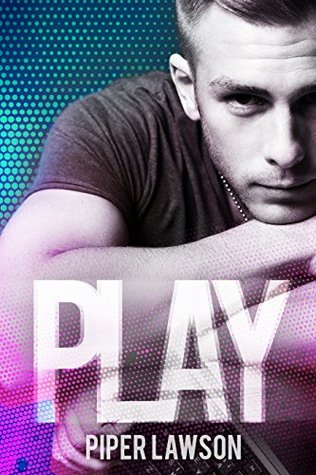 That’s what I tell myself every morning. That I’m successful, self-aware, and well-balanced.

It’s just a tiny fib. I would be all of those things, if I had friends who didn’t work with me at the bank. And if I made it to pilates more than once a quarter. And if watermelon slushies weren’t the main source of nutrients in my diet. It wouldn’t hurt if I’d had sex in the last year, either. (My best friend insists Jorge the Nightstand Boyfriend doesn’t count.)

But when you know where you’re going, you don’t need to enjoy the ride. Right?

Even if some teeny part of me did want to fool around, Max Donovan would be the last guy I’d call. Sure, he made the indie video game that broke the internet. And yeah, his eyebrow piercing’s sexy, in a ‘what-are-you-in-a-band?’ kind of way. And fighting with him gets me going faster than Jorge on bezerker mode…He’s still colder than a cactus and twice as prickly. And I’m not talking about his face, because the guy’s barely old enough to shave.

It’d really be best if we just ignored each other. Which is a problem, because Max Donovan is my new biggest client.

So what happens when the girl who lives to work meets the guy who was born to play?

A few months ago I read my first Piper Lawson book (Chased) and loved it so when she asked me if I wanted to read and review PLAY I had to say yes because I was pretty sure I would love it after reading the blurb. I loved it and it’s my favorite Piper Lawson book so far.

I really enjoyed the story and the characters, especially the main character Payton. Payton is one of those girls who knows what she wants. She’s successful in her job that is mostly ruled by men and she’s also one of their best workers. She’s also a great person. She really cares about her family and friends and she’ll do anything to help them. Max is not that great at the beginning. He’s one of those guys with his eyes set in something and he’ll do anything to accomplish what he wants. He’s also kind of an a**hole in the beginning but he ended up growing on me. After we know him a little better we know why he is like that and he gets more likeable. I really liked both of these characters by the end of the book but I especially liked them together. Their relationship doesn’t start the best way. They kind of hate each other to the guts in the beginning but I really liked how their relationship developed and how they went from enemies to two people who respect each other and, by the end, to a couple that would do anything to each other. They also had a great chemistry so that’s always an added bonus. Not only I really liked the main characters but I also loved Payton and Max best friends, Charlie and Riley. Charlie was the funniest character in the whole book and I just need a book about her because she’s hilarious (and also because there’s something between her and Avery and I want to see how that ends).

I also really liked Piper’s writing style and how the story flew so easily. I also loved how she included some funny bits. Sometimes I couldn’t stop laughing. My only problems with this book was mostly told from Payton’s POV. There was only one chapter from Max’s POV and I would love to have seen what was in his mind in some situations. However I did enjoy Payton’s voice.

Overall, this was a really great book. If you love new adult you should definitely give this one a try. I know this won’t be my last Piper Lawson book for sure.