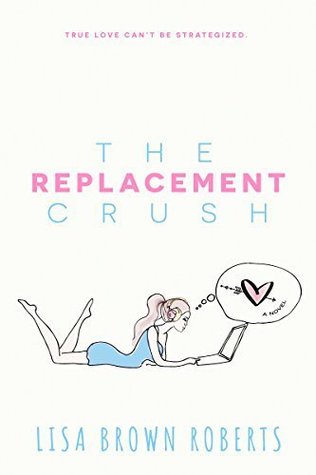 But nerd-hot Dallas, the sweet new guy in town, sends the mission and Vivian’s zing meter into chaos. While designing software for the bookstore where Vivian works, Dallas wages a counter-mission.

Operation Replacement Crush is in full effect. And Dallas is determined to take her heart off the shelf.

When I saw that Entangled Teen had this book up for request I knew I wanted to read it. The cover is cute, the blurb sounds cute and Vivian looked cool and relatable. The girl is a book blogger and she works at a bookstore. How cool is that?

At the beginning I was really enjoying the story. Vivian was funny and, as I said before, relatable. I could kind of understand why she didn’t want to get hurt and why she came out with The Replacement Crush plan but after a few chapters it became too frustrating. Also, I still think that the plan was kind of stupid. It would be easier if she decided to have no crush at all to deal with her heartbreak. You would think that a smart girl wouldn’t make so many stupid decisions but she did because as much as she thought what she was doing was wrong she still did it. It just took her too long to understand how much she was screwing up. I did like Dallas a lot. He was adorable and he really cared about Vivian. There was a time when he did something stupid too but at least he wasn’t as frustrating as Vivian. Also, he was kind of mysterious and I spent a big part of the book trying to figure out what he was hiding. While I had a few problems with the main character I still think that Vivian and Dallas had an amazing chemistry and they were great together. If only they would have solved their problems a lot sooner… maybe I would have liked this book a little bit more.

The characters were also pretty cool, at least most of them. I really liked Toff and Amy and I really hope they end up having their own book. I had a few problems with Vivian’s best friend, Jaz. She looked like one of those too controlling best friends and I’m still not okay that she gave Vivian a hard time about having Toff in the list when she made Vivian do it. It was stupid.

This is not my first Lisa Brown Roberts book but unlike Resisting the Rebel this one was only told from Vivian’s POV. I would have liked to have Dallas POV too because it could have turn this book slightly better. The writing in this book flew nicely but at times I felt it was too long. There a lot of parts that were unnecessary for the story and the drama lasted longer than it should.

Overall, this was a nice read but nothing fantastic. If you can deal with super frustrating main characters or if the blurb interests you go on and give it a try.