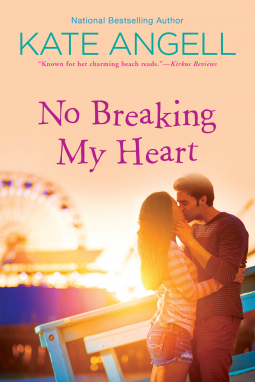 Professional baseball player Halo Todd doesn’t like failure, but he can never turn down a challenge. Especially when there’s a pretty woman involved. How else would he end up dressed as a rooster, helping a complete stranger compete on a wacky game show? Even when they’re eliminated after the first round, Halo isn’t about to lose the girl…

Alyn is stunned when gorgeous, generous Halo whisks her off for a dream vacation to the beach–she’s been let down by friends and even family so many times, she’s lost count. Later, he offers to lend a hand getting her vintage shop up and running. But his constant–and ridiculous–purchases are the last thing she needs. How can she convince the stubborn man that she doesn’t need his help–not when all she wants is his heart…

Once again this was a buddy read with Cristina @ My Tiny Obsessions so click HERE to read her thoughts about this book.

It’s official… July 2016 is now known as the month when I read a record number of books I didn’t like. I don’t know what’s happening with me… I think that reading so much is making me a lot pickier because recently all the books I didn’t like were books that had great reviews on Goodreads and this books is one of them.

The book started in a way that it had a lot of potential. I really liked the beginning and it was funny but then something happened and suddenly it wasn’t funny anymore and I didn’t connect with the characters at all. I wanted to like Alyn and Halo but this book had a big lack of character development and I just couldn’t connect with them. Normally when I review books I try to describe the characters but I can’t even explain them at all because they were just too one-dimensional.

Not only the book had a lock of character development but it also had a lack of relationship development. First of all, everything went too fast. In a few days they (especially Halo) already knew that they were made for each other. Then there’s the fact that nothing happened at all and we barely see them talking. I can’t understand why they like each other because I didn’t read anything that makes me think that they really liked each other. I didn’t understand why they had a fake relationship at all. There was no reason for a fake relationship and a fake engagement. It was so stupid.

One thing that got me really mad is that it’s obvious that Alyn has some trust issues. Something happened in her past where her boyfriend dumped her and a friend took all of her money but she never talks about that with Halo and for me that’s something they should have talked about because it’s the reason she can’t trust in people that easily.

However this book has a bigger problem that for me was completely unnecessary, there’s a secondary couple. I still can’t understand why we had three or four chapters about Landon and Eden. Once again, everything happened way too fast between them for me and once again I can’t understand why they liked each other. Come on, those two were engaged after about 2 weeks together. WHY?? Well, at least they talked about their lives more than Alyn and Halo.

Two things I did like in this book was Danny, Alyn’s little brother, and her handicapped dog Quigsley. Both were super cute and I really liked them.

Not only I didn’t like the characters but I also didn’t like the writing style in this book. The writing was not for me. It was too slow and a lot of times it was boring. For some reason I couldn’t read it for long periods of time because I would get bored to easily since nothing happened at all… NOTHING. Also, there’s something I completely agree with Cristina. Well, we agree in everything about this book but she said something I couldn’t have said better: the blurb is so misleading. From that blurb I would never expect the book I got.

Overall, I can’t really recommend this book to anyone but if you want to read it go ahead. What I’m saying here might be an unpopular opinion because, as I said before, this book has some great reviews on Goodreads… I really need to stop trusting on Goodreads.