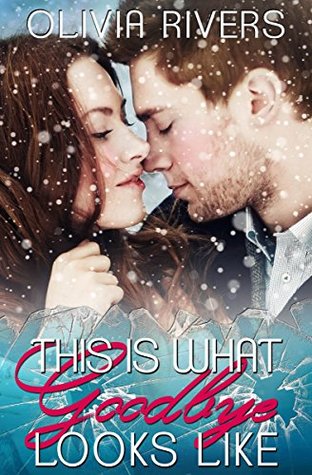 Lea Holder watched a boy die in the same DUI accident that ruined her legs and threw her little sister into a coma. As the only eye-witness to the accident, if Lea tells the truth in court, the drunk driver will go to prison and the dead boy’s family will have justice.

Telling the truth would have put her own mom in prison for causing the accident. With the trial over and her mom set free, Lea attempts to rebuild her shattered life as she waits for her little sister to wake from her coma.

When Lea transfers schools, she finds herself in the same senior class as Seth Ashbury, the brother of the boy her mom killed. As Lea gets to know the person buried underneath Seth’s grief, she quickly falls for his quick wit and passionate soul. But Seth remains completely oblivious that Lea is the same girl who robbed his family of justice.

As their relationship deepens, Lea finally gets a taste of the love that’s been missing from her life since the accident. But soon she’s faced with a choice: she can continue her lies and accept the comfort it gives them both. Or she can tell Seth the truth about everything, and risk destroying both her family and the fragile love she’s found.

I’ve read this book as a buddy with my fellow Blogateers (kudos to Kat for the awesome name :D) Kat @Life and Other Disasters and Cristina @My Tiny Obsessions so you can read their thoughts in this book HERE and HERE.

This was my first book written by Olivia Rivers and I was really excited to read it since I keep hearing great things about her other books. I did enjoy this book and I loved most of the characters but there were a few things I didn’t like that much that made me enjoy this book a little bit less.

As I said before, I did like most of the characters in this book. I loved Seth and his friends. He’s such a great guy. You have this amazing guy that is grieving because he lost his brother but he still cares so much about his friends that are more like a family than friends. I just adored his group of friends and how they were family to each other. I didn’t like Lea or her family as much. First of all, Lea decided to do something really wrong and I just can’t agree with what she did. Actually she did a few wrong things throughout the book that I really can’t agree with and that changed how I felt about this book. Since the beginning I thought that the book would be about letting go and learning how to say goodbye but by the end it was clear that that wasn’t this book message and that the book was mostly about her sister, Camille. However I did like to see Lea and Seth together and I loved to see how they helped each other with their grief.

For me one of the biggest problems of this book was the change of direction by the end. I was expecting something but what happened was different and not in a great way. I didn’t like how the story shifted from one thing to be totally about Camille by the end and the end was a little bit too unrealistic to me. I knew from the beginning that things wouldn’t work out for Lea and something bad would happen and while this did happened I still didn’t like the resolution of the main conflict. First of all, I still can’t agree with the reasons why Lea did something by the end of the book. While I wanted her to do what she did I think she should have done it because it was the right thing to do and not because other reasons. Another thing I didn’t like was that she never had to explain her actions to other people. There were a few things that should have been discussed between her and other characters (especially Seth) and that never happened.

However, I did enjoy this book and I loved Olivia Rivers writing style. While this book wasn’t perfect I still liked most of it and it became really emotional at one point. I was an emotional wreck by the end of this book.

Overall, this was an enjoyable but heartbreaking story. While it had a few flaws I would still recommend it because it’s a beautiful story for the most part of it. One thing for sure, this won’t be my last Olivia Rivers book and I’m excited to read some of her other works.