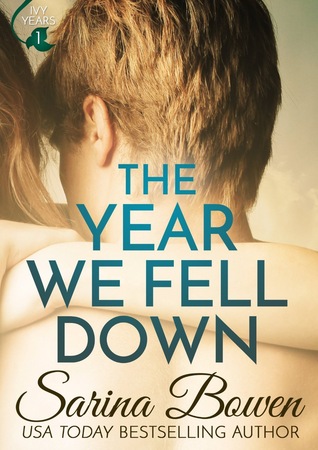 The sport she loves is out of reach. The boy she loves has someone else.

She expected to start Harkness College as a varsity ice hockey player. But a serious accident means that Corey Callahan will start school in a wheelchair instead.

Across the hall, in the other handicapped-accessible dorm room, lives the too-delicious-to-be real Adam Hartley, another would-be hockey star with his leg broken in two places. He’s way out of Corey’s league.

Nevertheless, an unlikely alliance blooms between Corey and Hartley in the “gimp ghetto” of McHerrin Hall. Over tequila, perilously balanced dining hall trays, and video games, the two cope with disappointments that nobody else understands.

They’re just friends, of course, until one night when things fall apart. Or fall together. All Corey knows is that she’s falling. Hard.

But will Hartley set aside his trophy girl to love someone as broken as Corey? If he won’t, she will need to find the courage to make a life for herself at Harkness — one which does not revolve around the sport she can no longer play, or the brown-eyed boy who’s afraid to love her back.

Cristina has been trying to convert me to new adult hockey romances because she loves them so much and since we both had this book we decided it was the perfect time to start it (especially because we both needed something good to forget the previous book we read). Let me tell you that this book didn’t disappointed me.

I really liked the characters on this book. I loved Corey. She was in a wheelchair after suffering an accident months before but she was still strong and didn’t want people to pity her just because she was in that situation. I also loved Hartley. That guy was almost perfect. He would have been perfect if it wasn’t for the fact that he wasn’t in a situation that I didn’t like a lot. I understand why he was doing that and it was explained by the end but that doesn’t mean I have to like it. I loved how their relationship evolved. I really like when they start as friends and only after a few months something happens and that’s what happened in this book and I loved that. Corey and Hartley were an amazing couple and had amazing chemistry. Also, I need to talk how much Hartley cared about Corey and they really helped each other shoveling their “sh*t”. These two were just too good together and I loved them.

I also really liked the writing style and the fact that it had dual POV. This was my first Sarina Bowen book so I didn’t know what to expect but I’ll tell you that this is not the last book written by her that I’ll read (especially because I want to read the rest of the series and because Cristina keeps telling me that I need to read Him and Us XD).

Overall, this was a really good book and I loved it. I really want to keep reading this series and I think that everyone who loves NA should give this one a try.