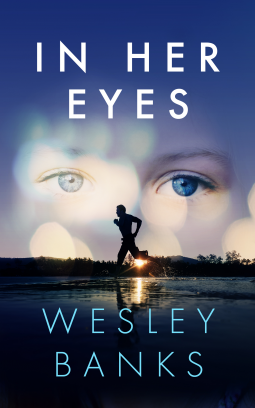 When Ben Wilder is given a second chance he focuses on the one thing he’s always been good at: running. After walking on to the University of Florida Track and Field team he begins to quickly move up the national rankings, paving a path towards the NCAA Championships. Everything is going the way he planned, until the day he bumps into Casey Taylor.

New to Gainesville, and focused on her first year out of medical school, Casey is initially hesitant to let Ben into her life. But the truth is she’s worried about letting a guy near the one thing she loves most: her daughter, Emma. After one fun and fateful night Casey can no longer bury her feelings behind these excuses, and takes a chance on a guy she is slowly falling for.

Casey’s relationship with Ben starts to gradually build into a love that she has never felt before. But more importantly, Emma has taken a particular liking to Ben. As they all spend more time together Ben is forced to confront painful memories when he starts to notice something hauntingly familiar in Emma’s eyes.

After a local journalist uncovers the secret of Ben’s past their lives begin to converge on a single promise that Ben Wilder has long since made: to never give up…no matter what.

Let me just start by telling you that I read this book as a buddy read with Cristina @ My Tiny Obsessions so keep an eye on her blog because she’ll have her review in there soon :). We’ve been doing a lot of buddy reads because we read a lot of the same books and as I said before it’s great to have buddy reads with her.

After reading the blurb of this book I was expecting something heartbreaking and that’s the reason why I requested this book from NetGalley. However this book wasn’t what I expected and it wasn’t that heartbreaking. There were a few moments that were sad but it wasn’t that heartbreaking. I did enjoyed the story and the characters but for some reason something was off to me. I liked Ben and Casey as characters but I didn’t feel the chemistry between them and that really threw me off. One thing I really didn’t like was the 3rd person POV. I had a lot of problems with that. I’m pretty sure a lot of people would like it but I’m a 1st POV girl 😛 . I also had a few problems with some timeline inconsistencies but in the end that was not a bigger problem to me. I still can’t understand how old Casey is. I thought she was 25 years-old but a few things she said made me think that she might be younger. I think the end was too fast and left a few unanswered questions, things I would want to know.

Now let me just talk about something. You might know how much I love Nicholas Sparks. I’ve read all of his books except one. I thought it was funny that there was a Nicholas Sparks reference in the beginning of the book but by the end I saw at least two plotlines that were used in his books. I was reading it and thinking “This remembers me of a Nicholas Sparks book”. I don’t know if this was intentional or not but it’s difficult to enjoy a book as much when the said book uses so many things from some of your favorite books.

It might look like I didn’t like this book but in the end it was enjoyable. I think this book could be good for someone who wanted to start reading New Adult because I know that a lot of people have problems with the mature content in New Adult books. You wouldn’t have that problem in this one because there is no mature content. So if you are in the mood of a New Adult romance you should give this one a try.

12 thoughts on “In Her Eyes by Wesley Banks – eARC Review”