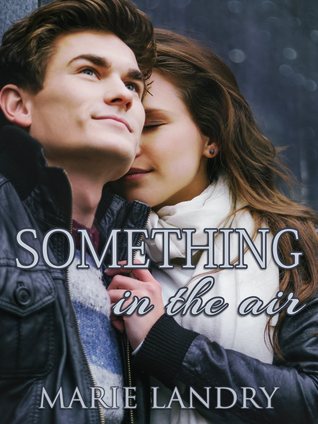 Her life hasn’t gone as planned, but she’s about to realize that sometimes the best things happen when you stop expecting life to be a certain way…

When Rose Morgan put off her college plans to help her mother through a difficult time, she thought it would just be a bump in the road of her journey. She got a job to help pay the bills and started picking up the slack at home. But three years later, her bumpy ride hasn’t smoothed out yet, and Rose feels stuck. She’s working at a job she hates and living with a manipulative mother. She’s tired of feeling like her life has stalled, tired of the resentment and anger building inside her with each passing day.

Then Declan Connelly appears in her life, and even though the hot Irishman is seriously tempting, Rose is determined not to let him in. She’s afraid to suck anyone into her bizarre life, especially someone who seems too charming for his own good. She soon learns there’s more to Declan than his sexy accent and charismatic personality, though. He’s a good man, and he wants Rose in his life, baggage and all. He’s got his own, and he isn’t scared away like she originally feared he would be.

Everything in Rose’s life is changing quickly. It’s finally her time–time to figure out what she wants and what her future holds. Time to get swept off her feet and not fight it. But when her plans might take her away from all the amazing new things in her life, including Declan, Rose has to make a choice. Is she willing to chase her dreams, even if it means letting go of love?

When I started this book I hadn’t high expectations and good thing I didn’t because I had a lot of problems with this book. This book had a lot of potential but in the end it felt a little bit flat.

I had a lot of problems with things that happened but also with the characters. Rose has been settled in her life working to support herself and her mother. Rose’s mother was plain selfish. I don’t understand how a mother would do what she did to her own daughter. Just let me tell you, I loved Rose’s friendship with Dante. For me Dante was one of the best characters in the book. I had a little problem with their friendship but overall I really liked them together. Now her relationship with Declan it’s a whole different story. First of all, courting?? Really?? You want to court the girl? I thought it was really weird how many times they used the word court because the book is set in the present and no one asks a girl if he can court her. Also, I think that their relationship developed way too fast. Not the physical relationship but there were other things that happened that were weird because they happened way too fast. All of this became worse because of the lack of chemistry that Rose and Declan showed. I really liked other characters like Declan’s aunt and cousin and I would love if they had appeared a little bit more. Another thing I liked was to see Rose looking for something she liked and see her following her dreams. One thing I thought to be really anti-climatic was the ending. Something happened and the girl cried a lot but a few minutes later everything was fine. Why?? Why having a pseudo-drama that didn’t actually happened.

Overall, I had a few problems with this book. Yes it had a lot of potential but in the end it was a very forgetful story with a few problems.