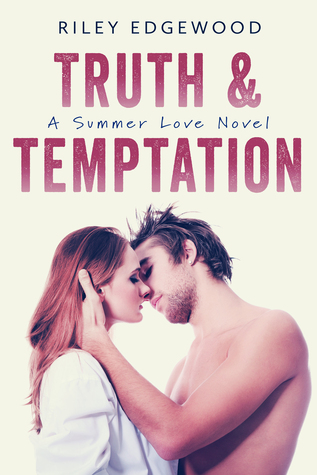 She’s a liar. He knows the truth.

Teagan Walker gets around. Ask anyone—hell, ask her. She’ll own it with a smile. But beneath that smile is a girl whose parents didn’t want her. Whose grandparents raised her without affection. Whose struggle with a burning anger threatens to consume her, though she’d rather punch someone in the face than talk about it. With a new job looming, she’s determined to work her way into a better life. When she meets the sexiest guy she’s ever seen, she decides to kick it off with a bang. And she makes her move.

But he’s got moves of his own, and before the night is out, he strips her of way more than she means to reveal—without removing a single piece of clothing. That comes, too, of course. He’s gotten under her skin like nobody before him, and what’s the harm in one night with a sexy stranger? Exposed or not, she never has to see him again.

On Monday morning, they come face-to-face. He’s the son of her new CEO—and he threatens to bring her entire world crashing down, making her face every lie she’s ever told.

Truth & Temptation is the third book in Riley Edgewood’s Summer Love series, but can be read as a standalone.

*I received an eARC of this book via NetGalley in exchange for an honest review.

First let me tell you something, this is a new adult book that contains some mature content. So if you’re too young or you’re not comfortable with this type of books well this book isn’t for you. I started this book with an open mind without knowing what to expecting. Let me tell that my first impressions of the main character weren’t the best. Teagan is a complete b*tch. I’m sorry if you don’t like to hear this kind of things but it’s true. Throughout the book we start to understand that she’s not really like that and she’s only like this to protect herself because she really had a difficult life. Basically Teagan lies to her best friends and pretends to be someone she’s not. In the middle of all this she meets Alec who after a lot of drinks finds out one of Teagan’s secrets. Everything gets worse when Teagan discovers that she’s going to work for Alec during summer. You can see where everything is going in this book. This book had a good plot and I liked to read about Teagan and Alec’s problems and how they tried to solve them. Actually I would love to know more about something that happened in the end of the book. I would love to know how she would handle the situation.
Now let’s talk about some of my problems with this book. First of all I didn’t like Teagan. I understand that she had a difficult life but sometimes she would be a pain in the ass and I don’t even understand how her friends would stand her. There was also a lot of sex in this book. I wasn’t expecting that half of the book was mostly sex and sometimes it would be too much. And believe me, I’m not someone against sex in books. I’ve read books were sex was implicit but the way that it’s in almost all the book was getting to my nerves. Most of the times they were in work and flirting to each other and thinking about sex.
One thing I liked about this book was Teagan’s development and how she overcame her problems and insecurities and how both she and Alec helped each other to be better people.
Overall this was an OK book. The book was well written and it had an interesting plot. If you like this type of books you should give it a try.

One thought on “Truth & Temptation by Riley Edgewood – Review”